You just need a roof and food to start a hotel

The buyer has right to bargain, the seller has a right to profit. So there is a fine margin where the price is right, I have found this true to this day whether dealing in paper hats, winter underwear or hotels.

Provide bread and roof to a stranger and you got yourself a hotel, this policy has been practiced since the early ages even long before the practice of currency. During that time they used barter system and today, we use currency.

The concept of Airbnb depends very much on the above statement; Brian Chesky and Joe Gabia  two roommates who can’t even afford to pay rent for their own, rented out their mattress to strangers in need with a promise of breakfast too, the idea was brilliant and the cost was cheap for their first customers who were youngsters with a limited budget.

Soon after their first customer left, they left them with their rent money and an idea with immense possibilities, Joe realized this and sent a mail to his roommate about creating a designer mattress and renting out with a promise of breakfast.

Nathan was the third founder joining Airbnb as a technical head.

Their next step was to launch a website in order to get more and more customers; apparently, they got their first three customers and during initially they even served as free tour guide for their customers they made 240 $ from these 3 customers which were eventually going to be a 25 billion $ company.

The duo Nathan and Joe had already worked on a site based on roommate matching which was already a big thing. Their next step was to get Airbnb site prepared and get investors.

Once they got the final version of Airbnb, there was still a need for investors and were rejected by 15 investors, some even refusing to talk to them.

Broke and in debt they banked on the opportunity provide democratic convention in Denver as they knew there was going to be a shortage of hotel rooms and since their site wasn’t making money they even banked on their national leaders by changing cereal boxes in Obama’s O and Cap’n McCains making 40 $ a box.

For the next few years, AIRBNB was a part of startup accelerator perfecting their product and were still rejected from a lot of big names as investors and founder moving around and writing reviews for their various hosts across a country and developing and creating new crappy ideas for their business.

It was in the year 2009 Airbnb picked up their first seed investment of 600,000 $ what founders described as from eating leftover to moving to ramen

In 2011 after being set up Airbnb got 112 million $ investment which has now made them a unicorn in Silicon Valley. 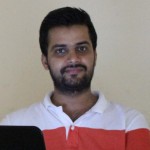 A short story about Colgate-Palmolive